Rates for multi-peril homeowners policies, the most common line, will rise 6.4 percent on average, just shy of the 6.8 percent rate hike sought by Citizens Property Insurance. 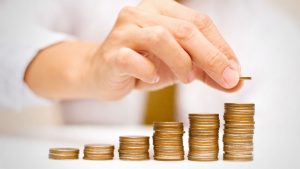 Citizens’ coffers have benefited from an era of cheap reinsurance and 11 hurricane-free years until the recent Hurricane Hermine, which happened after the rate request was filed and is not expected to have a major impact on insurers.

The impetus for the latest rate increase, property insurers say, are rising non-weather-related water-loss claims tied to what’s known as “assignment of benefits.”

That’s when Brevard homeowners insurance policy holders in need of repairs, often for water damage, assign responsibility for the repair over to contractors to pursue payments from insurance companies.

Property insurers, including Citizens, have unsuccessfully lobbied the state Legislature to restrict the practice, which they say has been open for abuse and leads to litigation. Often, the damage has been repaired before Brevard, FL insurance companies are contacted, making it hard to determine whether claims are valid.

Contractors and attorneys representing homeowners, however, have said that the assignment of benefits lets them quickly make repairs to help homeowners without waiting for insurance company approval.

A year ago, Citizens said, the spike in water-related claims was centered on South Florida (Brevard included), which is why rates rose sharply in that part of the state, but stayed flat or fell elsewhere.

This year, Citizens says the practice has spread to Tampa Bay and other parts of the state, driving up rates for many of its customers.

“The 2017 rates reflect the growing challenge of rising water loss claims and the disturbing increased costs associated with assignment of benefits,” Barry Gilway, president, CEO and executive director of Citizens Property Insurance Corp., said in a statement. “Unless the Legislature takes action, our policyholders can expect these increases for years to come.” — Not what you want to hear!! 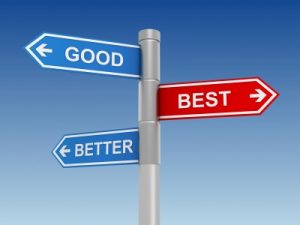 Citizens acts as an insurer of last resort for the state, offering policies to those who can’t find coverage in the open market. The company has taken dramatic steps to cut its policy count and improve its finances, cognizant that all Floridians with insurance can be assessed if Citizens is unable to cover claim losses after a major hurricane.

Among area counties, Citizens had sought multiperil rate hikes of 7.1 percent in Pasco, 4.3 percent in Hernando and 3.1 percent in Hillsborough. It filed a request to cut rates by 7 percent in Citrus and keep them virtually flat in Pinellas, falling just 0.3 percent. Michael Peltier, a spokesman for the insurer, said he would not have a county-by-county breakdown of approved rates until Monday.

The effective date for both new and renewal rates is Feb. 1.

There are a slew of ways to reduce your auto insurance costs besides being a good driver—all you have to do is ask.

“Some discounts are to encourage customers to buy with the company and some discounts are because the risk to the insurance company is reduced,” says David Thompson of the Florida Association of Insurance Agents. However, he says if you want the discount, you have to ask for it.

These days most new cars come standard with safety features that not only protect the drivers in an accident, but can save on auto insurance.

According to the Independent Insurance Agents & Brokers of America, drivers can get discounts if their cars are equipped with anti-theft devices, anti-lock brakes and/or passive restraint systems like airbags.

Other safety features that can yield savings include traction control and daytime running lights. And the savings add up: At AllState, airbags and motorized seatbelts can slash up to 30% off a bill, anti-lock brakes can get a 10% discount and an anti-theft device can save up to 10%.

"All Brevard reduced my insurance premium!"

"One of my patients referred me to All Brevard Insurance. I was one of the lucky few that got non renewed by State Farm, due to my home is on the river. I was told that my only option was Citizens. All Brevard Insurance was able to place my insurance with Universal P&C and reduced my premium! My agent was very knowledgeable and put my mind at ease. I had used State Farm for years and Elana made sure I understood everything. I am very pleased I called." - Elaine, YP 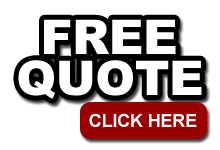